Over the last five weeks I took a community ed photography class with a friend of mine. I really learned a LOT about how to use my camera. The best part was learning how to take pictures of flowing water and give it that creamy effect. For our last class we went on an outing to Lester Park and practiced some techniques and settings. Here are a few of my favorite pictures from our outing. 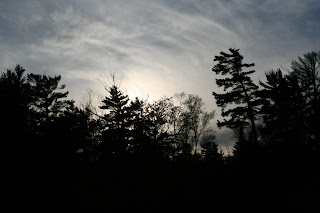 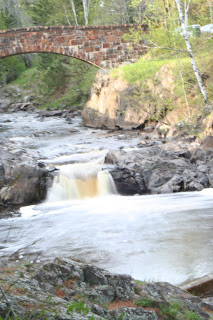 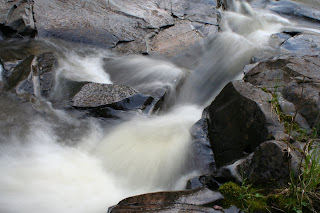 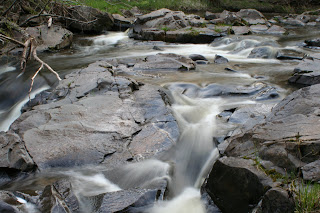 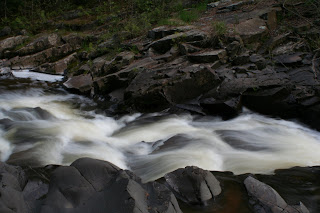 I definitely have a LOT more to learn...I can think of some ways to adjust my camera settings to make some of these pictures better. Now I'm keeping my eyes open for a tripod so I can continue to practice! I really have no idea how people become great photographers before digital. I can hit a button on my computer and it tells me exactly every single setting for every single picture. It makes it easy to look back and see what worked and what didn't. Did they write down all the settings that they used? No thank you! So yeah, hopefully I can continue to practice and learn how to use my camera. Now the question is - how good will I be able to get at taking pictures of a certain little girl?
Posted by Katie at 8:03 PM 2 comments:

Another update on our process to bring home Matea Mimi. We received an email from our specialist at CHS which said that we have a tentative court date of June 9th! We don't have to do anything for this - it is all happening over in Ethiopia. If all goes well, on June 9th she will legally become our daughter. We will then get a birth certificate and a travel date, and we will be on our way to Africa. It is looking like we may be traveling at the end of July or sometime in August.

One last thing about the court date- sometimes things don't go exactly right in court and the case gets re-scheduled. I'm not even entirely sure what keeps the cases from going "through" - it seems to things completely out of our control, for example, paperwork that we have nothing to do with. We will know the outcome of our court hearing a few days after it happens.

anatomy of a name

Well folks - we decided on a name! Drum roll please... our daughter's name is Matea Mimi Peterson. Read on if you want the story...

Obviously we have been in this adoption process since March of 2007. We have spent time off and on talking and thinking about names - we narrowed down our boys names really quickly. Girls names...no such luck. For MONTHS we tried to figure out a girls name. I liked some and Aaron hated them, Aaron liked some and I hated them...some were too girly, some were too weird, some were too normal...you know the drill. Anyway, we kind of figured we'd get a boy so it wouldn't really matter if we had a girls name narrowed down or not.

So then, of course, we got our referral of Mimi. We knew we wanted to keep Mimi as part of her name. At this point Aaron decided that he really wanted a name that had a special meaning to it. So, that knocked out most of the names that we had on our "If We Can't Think Of Anything Better" list. Back to the drawing board, the name books, and the internet. We started looking mostly at meanings, and a few days ago we narrowed down the ones we liked to five.

So we've spent the entire weekend flip-flopping between five different names. Yesterday we narrowed it down to four. I was having a hard time wanting to commit to anything, and neither one of us really wanted to give in to the other's favorite. In all seriousness, I think we were driving ourselves nuts.

Today we went over to Jen's for dinner. Aaron made this declaration: "I'm going to go to the bathroom, and by the time I come out we are going to have a name." A few minutes later..."Her name is Matea." So, that's it! That's her name. Matea is Hebrew and it means "God's gift." What a fitting name for our girl!
Posted by Katie at 9:30 PM 4 comments:

We got a fun email today from our specialist at CHS - Mimi got checked out developmentally on Monday and we got the checklist today! She is able to roll over, she laughs, plays with her hands, reaches for objects, and babbles, along with other things! We are sure looking forward to hearing her laugh in person. All in all, things look great, and we are so thankful for that.
If you think of it, please be praying that Mimi stays healthy, gains weight (she currently weighs 11 pounds), and that God will be preparing her to attach to us.
Posted by Katie at 5:31 PM 1 comment:

For everyone who can't wait to hear more...here's the story of our referral!

We had everything set up with Corrie, our social worker, that she was going to call Aaron and tell that she had a referral for us. He was then going to contact me, and we were going to figure out a way to be together to get all the information.

A little before 2:00 on Friday afternoon I got this call at work:
"Hi Katie, this is Corrie from CHS, I can't seem to get ahold of Aaron and I have a referral to tell you about."
I got her phone number and told her we'd call back within a half hour.
I called home. No answer.
Called Aaron's cell phone. No answer.
Called Aaron's cell again. No answer. At this point I decided I was going to call his cell until he picked up.
Started dialing Aaron's cell AGAIN - the other line at work rang and it was Aaron. Apparently he was on his work line or something ridiculous like that. :)

Anyway, I left work, got home, and Aaron and I both got on a phone and called Corrie back to get all the info from his office. Obviously she is a girl, her given name is Mimi, and she currently weighs 11 pounds. We got a little bit more info, and then Corrie said "her picture will take your breath away." I was thinking "you are the social worker, you have to say that." And then we got the email with her picture and we knew she was right - Mimi is ADORABLE. You just have to smile when you look at her, she is such a cutie. And she has these big huge beautiful brown eyes...

Then the phone calls started to friends and family - except most of Aaron's family since we were going to see them the next day and we decided to tell them in person. It was a blast. Perhaps the most fun part of the day was that Jen and I had planned a surprise BBQ party for Aaron on Friday night - a party before his band played at Beaners. As word got around that we got our referral, our BBQ turned into a little celebration! We are so blessed by our family and friends...we received some cards and a few gifts and TONS of hugs. AND, my brother and his roommate showed up as an EXTRA surprise!! It was so much fun. 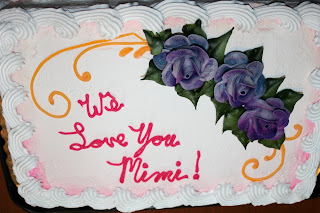 I took this picture of the cake upside down - that's why it looks a little funny. :)

Also - We haven't decided on a name yet! We'll let you know!
Posted by Katie at 5:01 PM No comments:

Aaron and I are SO EXCITED to announce that we received a referral yesterday for a baby girl! She is 4 months old - birthday is January 8th. She is absolutely adorable. We can't post a picture online until she is legally ours, but we both think she is one of the cutest babies we've seen. I'll post more later about how we got the call and all that, but, I just wanted to let you all know our happy news. Bring on the pink!
Posted by Katie at 5:25 PM 10 comments:

There as lots of activity on the CHS forum yesterday....we are now the #1 family waiting for an infant! Stay tuned...
Posted by Katie at 7:52 AM 5 comments:

But there is a little update. Not necessarily good, time will tell.

We got an update from our agency, I think it was last week, regarding referrals and such things. Here it is: In Ethiopia the courts close for several weeks in the months of August and September due to the rainy season. Because of that, our agency is expecting that referrals given out during the month of May will likely make it through court before the closure. Referrals given out June 1 and later are not expected to make it through court before closure.

So, in a nutshell, if we get our referral in the next 24 days we will LIKELY be traveling late summer/early fall to get our child. Of course, it could happen that we would get a referral and we would not make it through court (for whatever reason). If that happened we would have to wait until courts re-open in September in order for the child to legally become ours, which would put us traveling late 2008. I like the former option better. But I'm trying to mentally prepare for the latter. (I think that bugs Aaron, ha!)

I've heard pre-adoptive parents say "It feels like this will never happen" and I never knew what they meant. Well, I do now. It seriously feels like it will NEVER happen! I know that it will, and that God has His own timing to things, and that His timing is perfect. He is never early and never late. If only I could line up more with Him on this one, it would make things a bit easier. I guess now is a good time to focus on 2 Corinthians 4:17-18..."For our light and momentary troubles are achieving for us a glory that far outweighs them all. So we fix our eyes not on what is seen, but what is unseen. For what is seen is temporary, but what is unseen is eternal." Oh to constantly have an eternal perspective on life...it sure puts things in the right perspective.

Get this widget!
Compassion – Make a Donation – Sponsor a Child

Katie
I have been married to Aaron for 9 years. I am a mother to a 2 girls. This is my blog.